Misplaced Priorities of Our Society 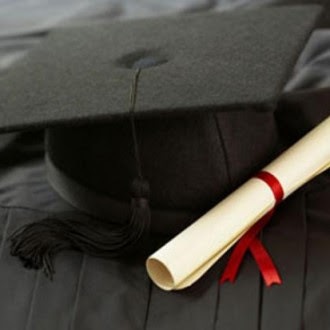 I have a bleak memory of what happened with a friend of mine few years back, seven years to be precise.

It was year 2006 when we gave our 10th boards. Being in a city like Patna we did not have much option of choosing which stream to take in 11th. Patna has seen a rapid urbanisation, and I can see the stalk difference of today’s Patna and the Patna I lived in. I had a friend who was excellent in calligraphy and painting. I do not remember which stream he wanted to take. But he was interested in Arts and aesthetics for sure. Anyway, I took Commerce and my friend was ‘advised’ to take Science.

Two years passed on. We gave 12th boards. Before the results came my friend had bought entrance form of NIFT (National Institute of Fashion Technology- a premiere institute in India) from his own savings. We used to meet every day, more or less. He asked me if he should go ahead with his choice. I knew it was his calling. He had a good sense of arts and I was assured that he would crack the entrance without any difficulty. I suggested he must go ahead with his choice of career. But his father was against the choice and when he came to know that my friend had bought NIFT entrance form, he threw the form, literally. His final verdict was, “You have to become an engineer.”

Results were announced. My friend had flunked in Physics. I thought his family would realise that he does not possess a good understanding in the subject and he must pursue a better career option. But alas, his family did not realise this. He was in severe depression at that time. When you fail in your 12th boards in the region of Bihar, the world ends for you. It becomes a matter of talk in the neighbourhood, in the family. At a time when one needs family care more than anything else, family discards you. I was able to get decent marks and came to Delhi University to explore the world of Literature.

One year later, my friend cleared his 12th boards. His father called me to ask ‘which is the best private engineering college in the region?’ I was shocked. Why this obsession with engineering? I knew he would become a very bad engineer. Anyway, I suggested few colleges in Jaipur. My elder sister had studied in a private engineering college in Jaipur. Meanwhile my friend had given AIEEE and IIT entrance exam. Not to mention he was unable to crack any entrance exam. His father ensured his admission in one of the numerous engineering colleges in Jaipur. He is still there, trying to clear his last semester, with many backs to clear as well. A talent wasted.

I saw the film ‘3 Idiots’ with my friend. He really liked it. I assume he was able to see his story on the big screen.

I always knew he had respect for his father. But many related incidents might have resulted in a bitter feeling in him. I am not really sure if he has enjoyed his engineering or not.

The bigger question is why is our society obsessed with dictating the career choice of a teenager? At an age when you are eligible to choose the leader of your country, you are not allowed to choose your own career. Dual standards of our society!

I have immense respect for my friend’s father. I know he was not trying to create a mess for his own son (although he did eventually). He was just trying to give him a better direction. There is no blinking to the fact that he was trying to help his son. But what was the reason of being obsessed with ‘engineering’?

This is a complex question and cannot have a simple answer. They belonged to a middle class family. We live in an era where commercial forces are so strong that they decide everything. Financial security is more important than anything else. The obsession with financial security sharpens the competition and our society produces a generation of young people who are part of a rat race throughout their lives. We are not interested in creating value in education. We have no policy which inspires people to innovate. We have very distant role models to follow, who lose their significance in day to day life.

I see myself in contrast to my friend. I was never questioned by my family about my choices. I chose commerce in intermediate, Literature in graduation, Journalism and International Politics for my Post Graduation studies- and finally landed up doing theatre. I belonged to the same society, same middle class structure of family. Today I may not have achieved what I wanted to achieve in the long run, but I am responsible for my own decisions and blunders I committed all the way. I do not have anybody else to blame. My family supported in each and every choice of mine. They never questioned me. As a result I am exposed to a broader perspective and also possess a positive approach for future endeavours.

This phenomenon of deciding for ‘your children’ is not new and is a distinct feature of middle class families in almost all the developing nations, and also in few developed societies. It is high time we realise that this results not only in creating a dissatisfied soul but also in making of a dissatisfied society- a society which prioritises commercial forces above all- which creates greed. I mention greed here because at the end we have a generation with unrealised dreams. It will take every measure to justify its existence. And we know the outcome has not been very positive for humanity in general.

People may debate my take on the issue. But I think of my friend who still draws beautiful paintings, but has lost the touch of innocence in his brush. His soul is wandering to fight the forces which stopped his dreams to be realised, but alas, he cannot see his enemy. It will be wrong to consider his father an enemy because he was also a product of the same society- a society which has misplaced its priorities.

Edited version of this article was first published In YouthKiAwaaz.com and In the blog of British Council India on May 22, 2013.

Permalinks:
http://www.youthkiawaaz.com/2013/05/misplaced-priorities-of-our-society-youthmatters/
http://blog.britishcouncil.org.in/?p=1450
Posted by Nihal Parashar at Thursday, May 23, 2013